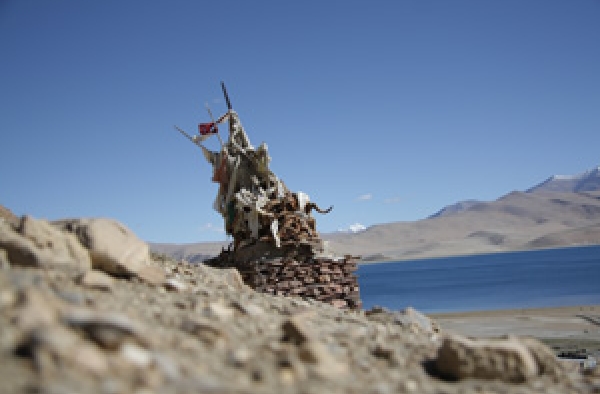 Day 01.  Arrive in Delhi
Arrive in Delhi at mid-night, meet the assistant at the air the air port and transfer to the hotel rest is free, in the afternoon half day sightseeing tour of Old and new Delhi, visiting Jama Masjid and Raj Ghat in Old Delhi and India Gate, Rastrapati Bhawan and Parliament House in New Delhi overnight in Hotel.

Day 02. Delhi/Leh Flight
Early morning around 3 am transfer to the domestic air port. After an exciting  flight from  Delhi to Leh . We receive and transfer to hotel. Take complete rest for the day for acclimatization. Lunch in the hotel, in the evening take a walk around Leh market.

Day 03. Stok Palace/Shey/ Thiksey/ Hemis monastery/Leh
After breakfast leave by jeep to visit Stok royal Palace, the present home of royal family of Ladakh and you can visit the most beautiful royal musuen for ancient ornaments, jewelleries, Crown of the King and the queen.SHEY- The ancient capital of Ladakh,17th century copper gold gilted statue of historical Buddha.  THIKSEY, the  most beautiful Gelukpa monastery and huge famous Future Buddha- The Lord Maitreya and HEMIS, The Drukpa monasteries located in the deep gorge, dinner and overnight in hotel.

Day 05:Korzok to Kyangdam 4 hours. All day walking along the shore of lake Tsomoriri, reaching Kyangdam at the south end of Tsomoriri with a nice camp side.

Day 07:Nurboo Sumdo to Getpa Buzak 5-6 hours. Cross the Parang Chu and walk along the river on your left heading south. It is an easy ascend towards Parang La, thereafter only few more gentle ups and downs before halting for the night.

Day 09:Tharang Yokma to Kharsa Gongma 4-5 hours. Walk through an arid landscape and then along the river until reaching a big rock beside the trail. Cross the Parang Chu and camp.

Day 10:Kharsa Yogma to Dak Ldan 6 hours. Start ascending towards Parang La. Cross Parang chu after two hours, walking up to the right side of glacier, then turn right to the top of Parang La (5800m), the highest pass on this trek. The other side of the pass is very steep. Dak Ldan is reached half an hour later.

Day 11:Dak Ladan to Tangltak 4-5 hours. Walk down to the stream and head east along the stream. The gorge is very narrow and Thangltak is reached after a steep ascend to the pastures.

Day 12: Thangltak to Kibber 4 hours. After breakfast walk eastwards over a small pass then head south till you see a small village. Cross the river and reach Kibber.

Day 13: Kiber – Tabo-back to kaza(3050 m). Transfer by taxi, along the Spiti river (60 Km - 4 h). We reach Kyi in less than 3 hours and have all afternoon to explore this fascinating village and the jumble of the white buildings that is the gompa, perched high on a rocky hill above the village. Afterwards, we visit the Tabo monastery, one of the most important gompas, not just in Spiti but in the whole Tibetan Buddhist world. Night in camp

Day 15:Morning drive to Chandigarh then take the Shatabdi train to delhi, overnight in hotel , next day early morning transfer to the international air port.