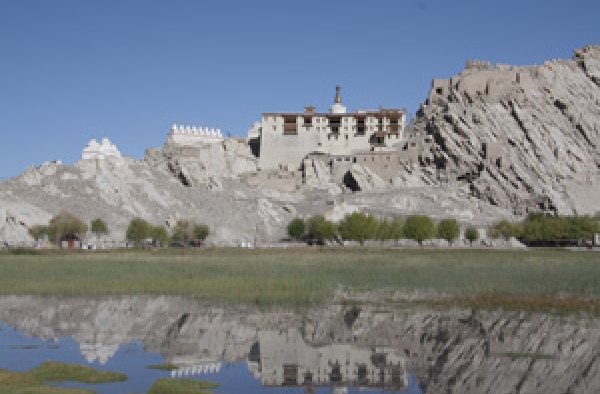 Day 01.Arrive in Delhi at mid-night, meet the assistant at the air the air port and transfer to the hotel rest is free, in the afternoon half day sightseeing tour of Old and new Delhi, visiting Jama Masjid and Raj Ghat in Old Delhi and India Gate, Rastrapati Bhawan and Parliament House in New Delhi overnight in Hotel.

Morning after the breakfast transfer to the domestic airport, upon arrival in Srinagar transfer to the House Boat. The State known in India as Jammu & Kashmir (J&K) incorporates the region of Ladakh and Zanskar, Srinagar is the J&K’s summer capital and jammu is the winter capital. Kashmir is one of the most beautiful region of India. The Mughal rulers of India were always happy to retreat from the heat of the plains to the cool green heights of Kashmir. The 4th Mughal ruler Jehangir’s last words, when he died in 1627 en route to the “happy valley”, were a simple request for “only Kashmir”. It is here that the Muhgals developed their art of formal gardens to its great heights.  Dinner and overnight in house boat.

Morning start the city tour, visiting Mughal gardens, With terraced lawns, cascading fountains, paint-box-bright flowerbeds with the panorama of the Dal in front of them - the three Mughal Gardens of Chesmashahi, Nishat and Shalimar are the Mughal Emperors' concept of paradise and are today very popular places for picnics and excursions.Shalimar garde,Built by Emperor Jehangir for his wife Nur Jehan, Shalimar,  is a beautiful garden with sweeping vistas over gardens and lakes, and shallow terraces.  Nishat garden, Situated on the banks of the Dal Lake, with the Zabarwan Mountains as its backdrop, this 'garden of bliss' commands a magnificent view of the lake and the snow capped Pir Panjal mountain range which stands far away to the west of the valley. Nishat was designed in 1633 AD by Asaf Khan, brother of Nur Jahan.  Pari Mahal,Once the royal observatory, Pari Mahal has a charmingly laid out garden and is a five-minute drive from Cheshmashahi. A Buddhist monastery at one time, it was converted into a school of astrology by Dara Shikoh, Mughal Emperor Shah Jehan's eldest son. Later a boat rides in Dal Lake, dinner and overnight in House Boat.

Day 04. In Srinagar-Excursion to Gulmarg

Gulmarg's legendary beauty, prime location and proximity to Srinagar naturally make it one of the premier hill resorts in the country. Originally called ‘Gaurimarg’ by shepherds, its present name was given in the 16th century by Sultan Yusuf Shah, who was inspired by the sight of its grassy slopes emblazoned with wild flowers. Gulmarg was a favourite haunt of Emperor Jehangir who once collected 21 different varieties of flowers from here. Today Gulmarg is not merely a mountain resort of exceptional beauty- it also has the highest green golf course in the world, at an altitude of 2,650 m, and is the country's premier ski resort in the winter.Dinner and overnight in House Boat.

Early morning breakfast in the house boat the drive to Sonamarg which is aroung 85 km from Srinagar, continue drive to Bartal then walk to Amarnath visit and come back to Sonamarg on the same day, dinner and overnight in hotel.

Today after breakfast drive to Kargil via Sonamarg (2740mt) is the last major town before Ladakh, Sonamarg is an excellent base for trekking. Its names “Meadows of Gold”. We drive over Zoji La Pass ( 3529 mt). Zoji La pass is the watershed between Kashmir and ladakh- on one side you have the green, lush scenery of Kashmir while on the other side everything is barren and dry. Drass is the first main village after the pass, from here another 56 km to Kargil, upon arrival check-in in hotel, dinner and overnight in hotel.

Drive to Lamayuru which will take 4-5hrs, on the you can visit 8m-high Maitreya statue, an image of future Buddha, cut into the rock face and dating back about 700 AD, this village name called Mulbek it’s the first Buddhist village after Kargil. Drive via Futo La pass (4147mt), the route’s highest pass, then Namika La Pass (3760mt), lunch in Lamaruyu after Lunch visit Lamayuru monastery which is 1000 years old, dinner and overnight in hotel.

Morning after the breakfast drive to Dha Hanu, on the way visit Skurbuchan village and the monastery, upon arrival in Dha check in-in guest house later explore the village. Dha-Hanu  people belongs to the Aryan race their cultural and language is different from then the Ladakhi’s, dinner and overnight in guest house.

Drive to Uletokpo camp via Khaltsi village later visit Rizdong monastery and the Chulichan nunnery which is 5 km from the main Leh-Srinagar road, after the visit check in- in Uletokpo camp for dinner and overnight.

Today you will drive to Leh the capital of Ladakh, on the way visit Alchi monastery, Alchi is one of the great art treasures of the Buddhist world, one of the very few remaining examples of Indian Buddhist art of the 11 century. The monastery has a miraculously preserved series of statue and frescoes in a style quite different from the rest of Ladakh’s Monasteries, but which has been likened to those at the Ajanta caves. Overnight and dinner in hotel at Leh.

Ladakhmeans the land of high passes marks the boundary between the peaks of the western Himalaya and the vast Tibetan plateau. Opened up to tourism in 1974, it has been variously described as “the broken Moon’, ‘little Tibet’ and ‘the last Shangri-la.

As the Ladakh has always had close cultural and trading connections with Tibet, its pre-dominant culture stems from Buddhism. This history is particularly evident in the most populated region of Leh and the Indus valley, with its many whitewashed gonpas (monasteries)  and forts perched on top of the mountains.

Day 11. In Leh and city sightseeing.

Moring visit Shanti Stupa which was built by Japanese with some financial assistance from Japanese Govt. it was opened by the Dalai Lama in 1985. Sankar monastery it is home to Ladakh’s most senior Gelukpa monk( yellow cap monk). Leh palace it was buit by the famous king of Ladakh Singy Namgail from  Namgail dynasty, the royal family live in Stok palace, the Archaeological Survey of India has moved in to do restoration work at their legendry pace. Dinner and overnight in Hotel.

Day 12.In Leh-sightseeing to Shey, Thiksay and Himes monastery.

Morning start the sightseeing visiting Shey Palace it is 15 km from leh , It was the summer palace of the king of ladakh. Thiksay monastery is 17 km from Leh, this beautiful monastery , part of Gelukpa order, is fine example of how donations have been put to good use through extensive restoration work. Himes Monastery is the richest and largest monastery in Ladakh, the famouse annual Himes festival commemorating the birth of the renowned Indian sage Padmasambhva, is held on the ninth to 11th days of the fifth Tibetan month.  Dinner and overnight in hotel.

Drive to Tsomoriri lake which is the east side of Ladakh, drive via Mahe bridge and sumda village on the you can see Tibetan nomadic people, upon arrival explore the lake and visit Korzok monastery, dinner and overnight in camp.

Today after the breakfast drive Tsokar lake, this is an area of nomadic people known as Khampas , who can often be seen taking advantage of the summer month to move herbs of goats, cows and Yaks from one grazing spot to another. Commonly seen are wild asses, marmots and foxes. This is a salt water lake covered by snow Peak Mountains is a nice place, dinner and overnight in camp.

Drive to Leh over Tanglang la pass 5328m which second highest motor able road in the world. We drive to Leh via Rumtse and upshi, dinner and overnight in hotel.

Today drive to Nubra over  Khardong la pass which is the the world’s highest motor able road, the pass is almost permanently covered with fog and snow, and is likely t be bitterly cold at the top regardless of the time of year, from the top you can have a view of Karakoram range. This is the road to Nubra valley (valley of flowers) it used to be on the trading route connecting Tibet with Turkistan. Upon arrival check in –in Camp, dinner and overnight in camp.

Day 17. In Nubra Sightseeing to Panamic, Summur, Disket and Hundar.

Full day visit to Panamic hot spring which is about 30km from the camp, then Samstanling monastery lunch at the camp, after lunch visit Diskit monastery, Hundar village and the Sand Dunes where you can see double humped camel, dinner and overnight in camp.

After the breakfast drive back to Leh via same route over Khardong la pass, dinner and overnight in Hotel.